My chair is sold out, but linked similar options above!

BEFORE SHOT OF MY HOME OFFICE (WHEN WE FIRST MOVED IN)

Hey friends! I’m SO EXCITED to share my home office makeover with you all. I’ve been working on this office for the last three weeks. It quickly turned into my first big quarantine project! This space is where I spend a lot of my time at especially late nights or early mornings either working on my blog or designing invites. When we first moved in, I basically laid down a rug, my desk and a computer. I also had the gold shelf in here as well. I never gave it my full attention though because I was trying to get some other projects done. I am so in love with the end result and love being in here! It also became a much more practical space. During the day, Mila loves to run in and out while I’m in here and there were several times when she would trip over cords or disconnect my computer because my desk was setup in the middle of the room. I decided to set my desk up against the wall, and it has been such a game changer. Mila can run in and out freely without tripping or unplugging my computer and it is so much more roomy in here as well.

It was a little more difficult decorating in here without having Homegoods, Target and all the good home decor stores just a quick drive away. I mostly shopped for things online, on Amazon and did a couple of Target Drive Up orders. It is a little frustrating that you can’t pick things out yourself when you do Target drive up but considering the circumstances right now, it’s no big deal. If you notice, the two baskets under my built in desk are different colors. They are the exact same basket and brand, but two colors were picked out. I may end up exchanging one once normalcy returns. I’m still waiting on a full length mirror that is supposed to arrive tomorrow and some uva stalks from CB2. If you love the look of uva stalks, order now! I placed my order at the end of March because they were backordered until late April, but they’re actually back in stock now! I did try to be budget conscious while redoing this space because I didn’t want to spend too much money. One way that I was able to save money was using things I already had and just repurposing them. I already had some of the black frames, so I found this cool display ledge on Amazon and ordered a few more frames and done! I also love that hats serve as a form of decor and this was actually a really functional thing for me because prior to hanging them up, they were a little squished on a shelf in my closet. I found black hooks on Amazon that were super inexpensive.

I already had the leopard hide rug which by the way, sells out often. I found it on two sites (both linked above) and it is $130 on one of them which is such a steal! I decided I wanted to add a little color by layering a rug under the leopard, which I found from Rugs USA. If you have never shopped RUGS USA, please do yourself a favor and check it out! It is probably my favorite place to buy rugs. GREAT quality and even better prices! I was also so happy with the way the light fixture added such a big statement in here. I was contemplating between this one and another one that was over $200, but I’m SO glad I went with the IKEA Sinnerlig.

Now, more than ever, it’s important to have a space to work from home like most people are having to do whether it’s a full office or a small desk in a corner of a room. I hope that this inspires you to show your workspace some love! 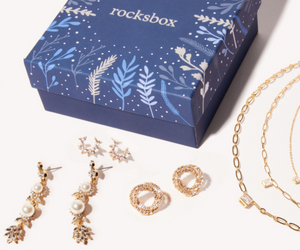